Stay longer & save. Up to 29% off! Beachfront luxury you deserve. Award-winning rooftop pool. Newly renovated rooms.

Wynwood: The Best Art, Food and Drink – All In One Neighborhood

You are here:
AttractionsFoodHistoryThings To Do 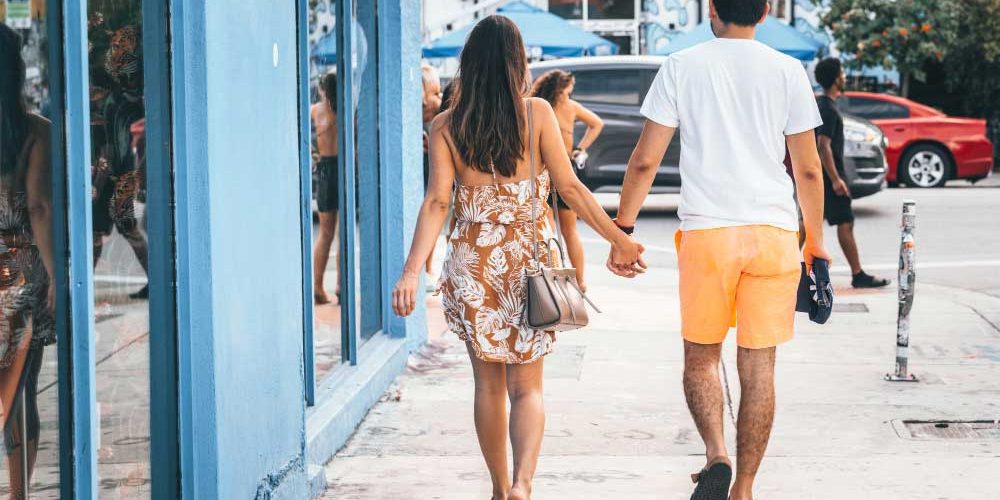 Wynwood is a neighborhood in Miami known for its art scene, delicious food and great drinks. This neighborhood has something for everyone, whether you want to discover new artwork, try different restaurants, or go out for drinks with friends.

There are so many great restaurants and bars in this neighborhood, whether you’re looking for a casual burger joint or a fancy resto bar. No matter what you’re in the mood for, you’re sure to find something to please your taste buds in Wynwood.

The Wynwood area was originally farmland purchased by Josiah Chaille and Hugh Anderson in 1917. Some of the land may have been part of the Waddell and Johnson Tract, which was subdivided into lots and sold as early as 1896 by EA Waddell.

Josiah Chaille was best known for his work on the Miami City Council, where he introduced a new system for street names and numbers in 1920 that’s still in effect today. Millionaire Hugh Anderson was involved in the founding of Wynwood and the development of Miami Shores, the Venetian Islands and Biscayne Boulevard.

In January 1917, they laid out the first lot in Wynwood, and the area became known as Wynwood Park. It wasn’t until much later that people dropped the “park” and simply called the area Wynwood.

Wynwood has always been a working-class neighborhood, and most families were middle class. But Wynwood also became attractive to commercial residents. In 1928, the American Bakeries Company built a factory to manufacture and distribute Merita bread. Coca-Cola also opened a bottling plant, and so there were many opportunities for working-class people to work and live in the Wynwood neighborhood during these years.

After the Cuban Revolution in 1959, many Cubans fled to Miami in search of a better life. However, as the district became more popular in the 1980s, many manufacturers left Wynwood and moved to places like Hialeah, where they were closer to their Cuban workforce. This had a devastating impact on the Wynwood community, which has struggled to recover since.

In the late 1940s, many Wynwood residents moved to the suburbs. This led to commercialization and urban flight that dramatically changed the neighborhood.

Wynwood was once a vibrant community full of opportunity. By the late 1970s, however, it had degenerated into lower middle class with high unemployment and drug dealing. It was considered a “stepping stone community” for new immigrants trying to improve their economic status.

In 1985, a small group of Miami artists discovered the vacant former American Bakeries building and rented it, having been driven out of other neighborhoods by the high rents. Two years later, it opened as Florida’s largest artist’s workshop and was named the “Bakehouse.” The Bakehouse is still in the same location today and bears the same name.

In the mid-2000s, the arts scene in Wynwood began to grow when Goldman Properties showed interest in the area. Since then, Wynwood has attracted numerous restaurants, bars, breweries, art galleries and other notable retailers. The neighborhood has humble beginnings, but has evolved into a melting pot that holds promise for new businesses and development.

The Art District of Miami

Wynwood was once a thriving industrial area – now it’s an arts paradise.

The Wynwood Walls street art exhibit was created in the mid-2000s as one of Tony Goldman’s famous attractions to bring some life and color to the neighborhood’s drab warehouses and industrial buildings. This park-shaped exhibition offers visitors spectacular murals painted on the walls of old, windowless factories.

This open-air gallery showcases the work of some of the world’s most famous street artists in more than 60 galleries offering a wide range of contemporary art. Whether you’re interested in painting, sculpture, photography or street art, you’ll find something to admire here.

One of the Largest Art Festivals in the USA

Wynwood, Miami’s art district, is home to one of the largest art festivals in the United States. The Wynwood Art Fair is a three-day event that attracts tens of thousands of visitors each year.

The Wynwood Art Fair is a great opportunity to see some of the best contemporary art in the world. With a little planning, you can make the most of your experience.

The tenth edition of Art Wynwood will take place February 16-19, 2023! Numerous international galleries will present innovative contemporary and modern works. Don’t miss your chance to see the future of art!

Miami is known for its great food, and Wynwood is no exception. This eclectic neighborhood is home to some of the best-kept secrets when it comes to food. From hidden gems to small restaurants, there’s something for everyone to enjoy.

With so many choices, you could eat at a different place every day for an entire month and still have a few left to try. But don’t worry, we’ve got you covered. Our list of the best restaurants in Wynwood will help you narrow down your choices and make sure you don’t miss any of the classics.

So grab a quick bite and get ready to explore all that Wynwood has to offer.

The Perfect Neighborhood for a Drink (or two)

When you walk through the Wynwood neighborhood in Miami, you can feel the vibrant energy in the air. You see artists painting live on the street and food trucks popping up in parking lots, and you know you’ve found the city’s drink and cocktail scene.

Hip Wynwood is now home to some of the city’s best bars, craft breweries and pubs, and we know where you can find them. From speakeasies to cocktail bars, there’s something for everyone in Wynwood. Whether you’re looking for a beer or a cocktail, this list will help:

Wynwood is a world-renowned arts district located in the heart of Miami, bordered by I-195 to the north, NW 20th Street to the south, I-95 to the west, and the railroad tracks along Edgewater to the east.

You can get there by car from the Bentley Hotel South Beach in just 20 minutes, depending on traffic, but it’s usually very quick. Take MacArthur Causeway, then Biscayne Boulevard and finally NE 29 St.

The Wynwood Arts Scene is a vibrant and ever-growing community of artists, galleries and creative businesses. With the Walls as its centerpiece, Wynwood is home to some of the most renowned art galleries in the world, as well as a growing number of independent artists and businesses.

We hope you enjoyed this blog article about one of Miami’s most iconic neighborhoods, a can’t-miss destination for locals and tourists alike.

Top 7 Nightclubs In Miami That Will Keep You Up All Night Long
November 30, 2022
FOLLOW US
Sometimes all you need is a change of scenery #Ben

Relax while you refuel with an iconic oceanside vi

Your comfort has always been our priority #Bentley

Calling all Miami Lovers! 🌴 The New Year is st