Stay longer & save. Up to 29% off! Beachfront luxury you deserve. Award-winning rooftop pool. Newly renovated rooms.

5 Reasons to Visit the Vizcaya Museum and Gardens in Miami

You are here:
AttractionsHistoryMuseumsThings To Do 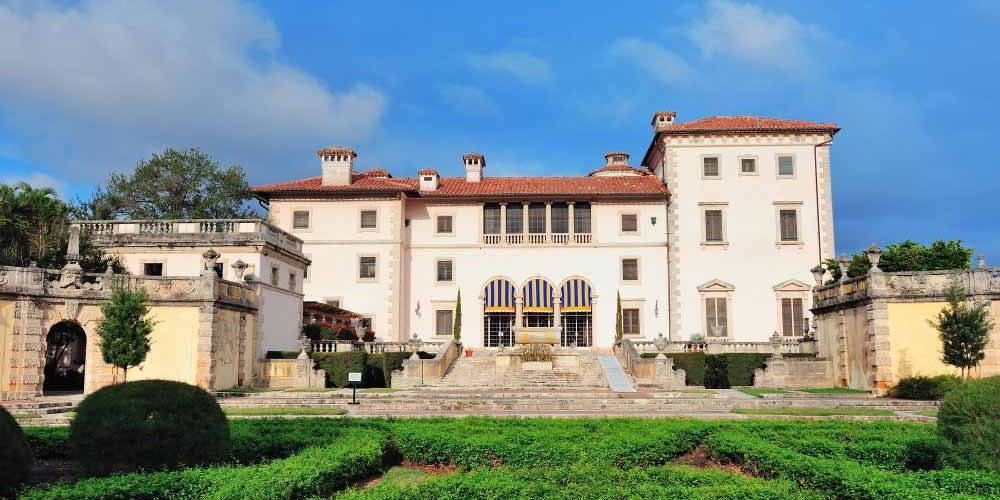 The Vizcaya Museum and Gardens in Miami is a stunning example of architectural beauty and landscape design. With its impressive gardens and unique buildings, it’s easy to see why it’s designated a National Historic Landmark and attracts nearly 320,000 visitors annually.

If you’re looking for something to do during Miami’s sweltering summers, Vizcaya is the perfect place to spend the day. We’ve compiled the 5 reasons why you should visit Vizcaya during your stay in Miami:

1. A Great Place to Learn About History 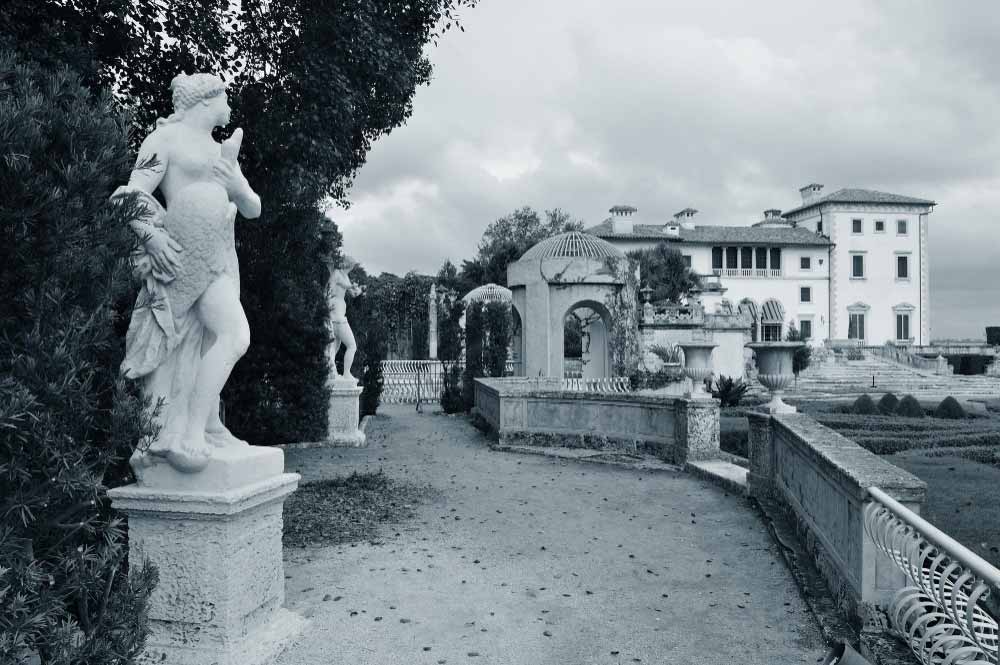 In 1885, James Deering, an American industrialist, decided to build an estate in Miami that could rival those in Europe. He commissioned the famous architect Francis Burrall Hoffman, Paul Chalfin (designer) and the Colombian landscape architect Diego Suarez to design and build the house.

Construction began in 1914 and was completed in 1922. The property has more than seventy architecturally pleasing rooms, decorated with numerous antiques and focusing on European decorative art and furniture from the 15th to early 19th centuries. There are also several outbuildings on the property, including a pavilion, a cottage and a swimming pool. The gardens consist of native plants and trees as well as imported plants and trees from around the world.

The exterior facade and garden architecture of Vizcaya are a mixture of various Italian Renaissance villas and gardens with parterre elements from the French Renaissance. The main influence on the villa’s facade is Villa Rezzonico, designed by Baldassarre Longhena in Bassano del Grappa in the Veneto region of northern Italy.

James Deering died in September 1925, and after his death Vizcaya was inherited by his two nieces, Marion Deering McCormick and Barbara Deering Danielson. Over the decades, following hurricanes and rising maintenance costs, they began selling off the estate’s surrounding land and facilities. In 1945, they sold large portions of the Vizcaya property to the Catholic Diocese of St. Augustine to build Mercy Hospital in Miami.

2. Vizcaya is a National Historic Landmark 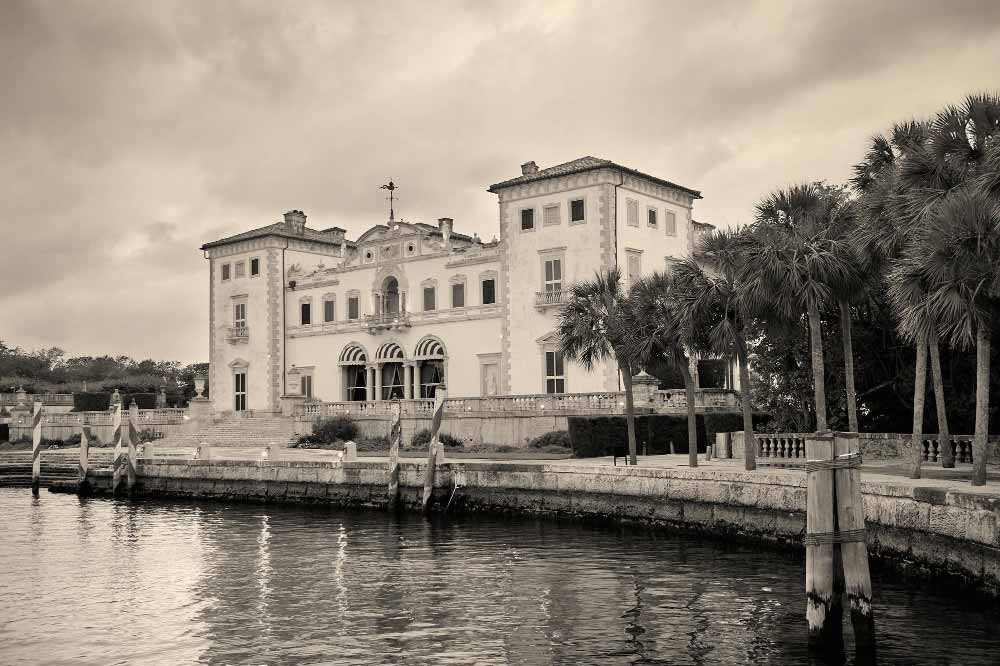 The Vizcaya estate is significant because it’s one of the few intact American mansions of its time. When you visit Vizcaya, you can see how the wealthy lived in the early 20th century. The mansion is furnished with antiques and artwork from around the world.

Its status as a National Historic Landmark is an important distinction that brings with it a number of benefits. These benefits can help preserve and promote the historic and cultural significance of a site.

3. The Gardens Are Gorgeous

The museum grounds include 10 acres of European-style gardens, a main house and a Vizcaya Village. The Vizcaya Museum gardens are truly a feast for the eyes. As soon as you enter the gardens, you feel transported to another place and time.

The gardens of Vizcaya are among the most beautiful and tranquil in all of Miami. The grounds are meticulously maintained and the flowers and plants are always in full bloom. The gardens are divided into different areas, each with its own style. The Italian garden, with its beautiful fountain and reflecting pool, is breathtaking. The French garden with its geometric hedges and topiary is also beautiful.

No matter what your taste, you’re sure to find a section of the gardens that you’ll fall in love with.

4. The Architecture is Breathtaking and Unique 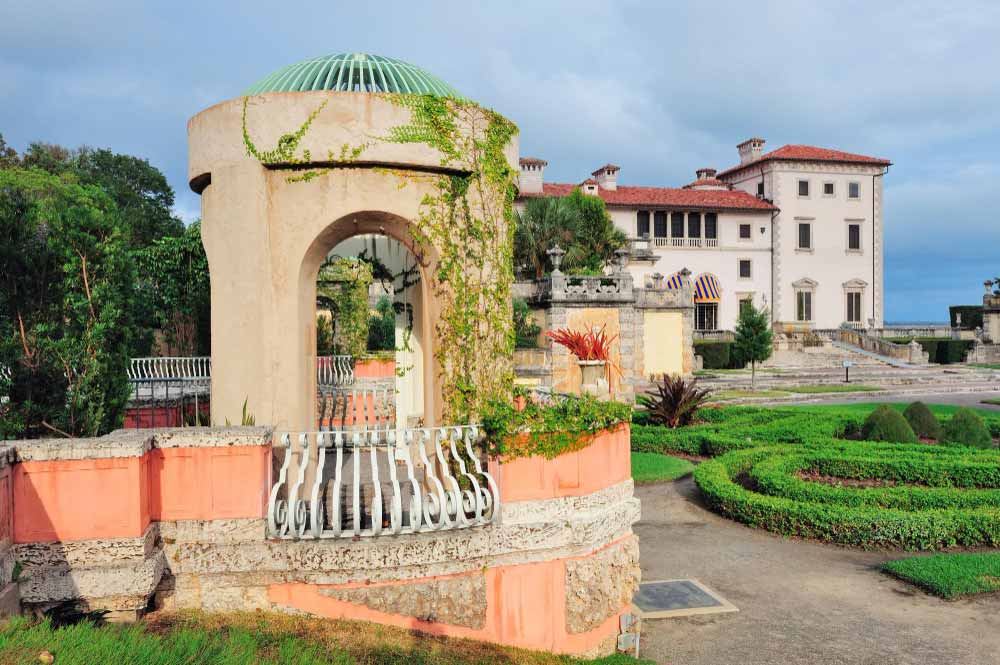 The Vizcaya Museum and Gardens is a beautiful Venetian-inspired property and a must-see for any fan of Venetian architecture. The main house is an excellent example of Venetian Gothic with its intricate stonework and detailed carvings. The surrounding gardens, with their lush vegetation and numerous statues, are also a feast for the eyes.

The Vizcaya is an example of Italian Renaissance and Tuscan architecture mixed with the Mediterranean Revival style. The result is a stunning landscape and amazing architecture that will impress any visitor. The Vizcaya Museum and Gardens are meant to be a place of beauty and relaxation – and they’ve succeeded.

Vizcaya excels at adapting historical European esthetic traditions to the subtropical ecoregion of South Florida. It combines imported French and Italian garden designs and elements laid in Cuban limestone masonry with Floridian coral architecture and planted with subtropical and native plants that thrive in this habitat and climate. Palm trees and philodendrons weren’t represented in the imitated gardens of Tuscany or Île-de-France.

The Vizcaya Swimming Pool Grotto is a truly unique and fascinating place. Half of the pool is located indoors, under the second floor of the main house – more precisely, directly under the living room. From any vantage point, visitors can look down on the pool and catch a glimpse of the grotto. Whether in real life or virtually, the space will captivate all who see it.

The opulent poolside grotto features antique furniture, stained glass doors, decorative sconces and a heavily patterned marble floor. This luxurious space was part of the original design of the main house, which was completed in 1916. The grandiose ceiling mural that hovers over the pool was added later, according to the Vizcaya archives. This ornate mural took another year to complete.

The Vizcaya property was the result of a creative team of highly skilled individuals. Paul Chalfin served as artistic director for Vizcaya and worked closely with owner James Deering to recommend artists who could contribute to the design of the property. The grotto and ceiling painting are among Vizcaya’s most famous historic commissions.

How you get there

This beautiful historical museum is located on Biscayne Bay, just 8 miles south of the Bentley Hotel South Beach. To reach the Vizcaya Museum and Gardens by car from the Bentley Hotel, just head south on 5th Street, take the MacArthur Causeway and then I-95 S. You’ll be there in just 15 minutes.

Vizcaya is open to the public Wednesday through Monday beginning at 9:30 a.m.; last admission is at 4:30 p.m. Visitors may visit selected areas on the first floor of the main house until 5:00 p.m. and the gardens until 5:30 p.m.

Vizcaya is closed on Tuesdays, Thanksgiving Day and Christmas Day.

Top 7 Nightclubs In Miami That Will Keep You Up All Night Long
November 30, 2022

5 Fun and Festive Things To Do in Miami During Christmas
November 30, 2022
FOLLOW US
Sometimes all you need is a change of scenery #Ben

Relax while you refuel with an iconic oceanside vi

Your comfort has always been our priority #Bentley

Calling all Miami Lovers! 🌴 The New Year is st